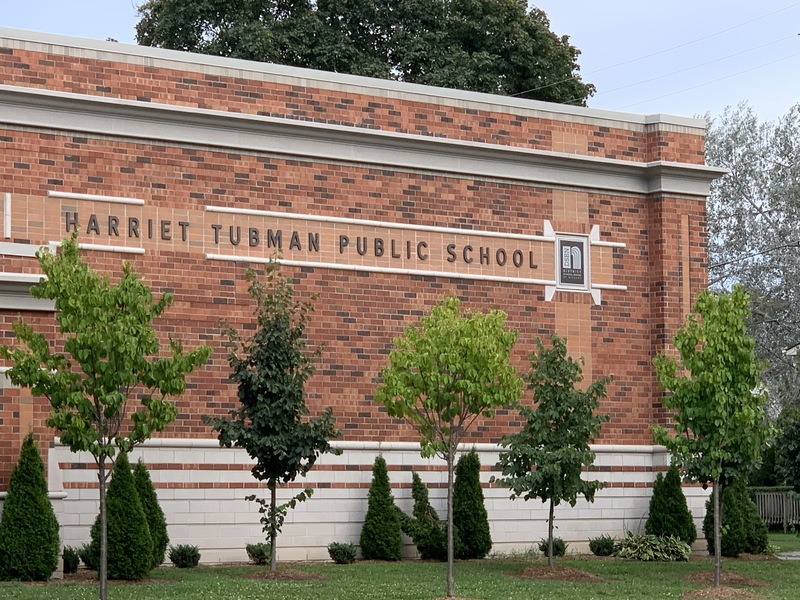 In this 1890s photograph, Harriet Tubman stands to the far left with a wash bowl in her hand. Her husband, Nelson Davis is seated in the front row with a cane in his hand. Source: Schomburg Center for Research in Black Culture, New York Public Library.

“God’s time is always near. He set the North Star in the heavens; He gave me the strength in my limbs; He meant I should be free.”

At the end of the Civil War, Harriett Tubman returned to Auburn, New York, to her family and friends. Lack of resources in the ensuing years, made life extremely difficult for Tubman. She supported her elderly parents (she had helped her mother to escape in 1857), took in newly emancipated men and women, and cared for children whose parents were working. The publication in 1869 of Sarah H. Bradford’s Scenes in the Life of Harriet Tubman provided much needed financial relief and provoked renewed interest in Tubman’s role in the Underground Railroad.

In the same year, Tubman married Nelson Davis, a Civil War veteran. During the 1870s and 1880s, Tubman and Davis operated a small farm and brick making business from their home in Albany, supporting a growing extended family. Active in the AME Zion Church, Tubman became a recognized leader within the church, known for her spiritual convictions and strong sense of God’s presence in her life. In time, Tubman would become a well-known suffragist and humanitarian, advocating for the elderly and indigent.

In 1886, Sarah H. Bradford issued a revised Tubman biography, Harriet: The Moses of Her People. This book provided additional monies and expanded Tubman’s reputation. Within a couple years of the renewed public interest, however, Tubman experienced another personal challenge with the death of her second husband, who succumbed to an extended battled with tuberculosis.

On March 10, 1913, Harriet Tubman died of a pulmonary infection at the age of ninety-one. She was buried in Fort Hill Cemetery in Auburn on March 14, with over 1,000 people in attendance at the funeral and burial. Delivering a rousing sermon, Bishop G. L. Blackwell of the African Methodist Epispocal Zion Church of Philadelpha acknowledged Tubman’s importance as a patriot and herorine: “Then live on Aunt Harriet amid the enchanted beauties of celestial light. Walk over the plains of grandeur and vist the mansions of your long line of comrades who with you in the thickets of the fight for human liberty proved true. . . . tell them that ’the fight is on’ for mental, moral, and spiritual emancipation.”[2]