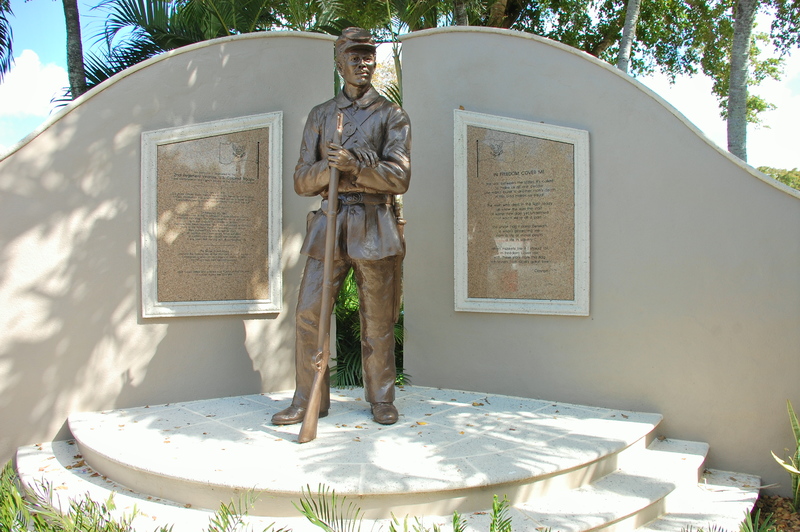 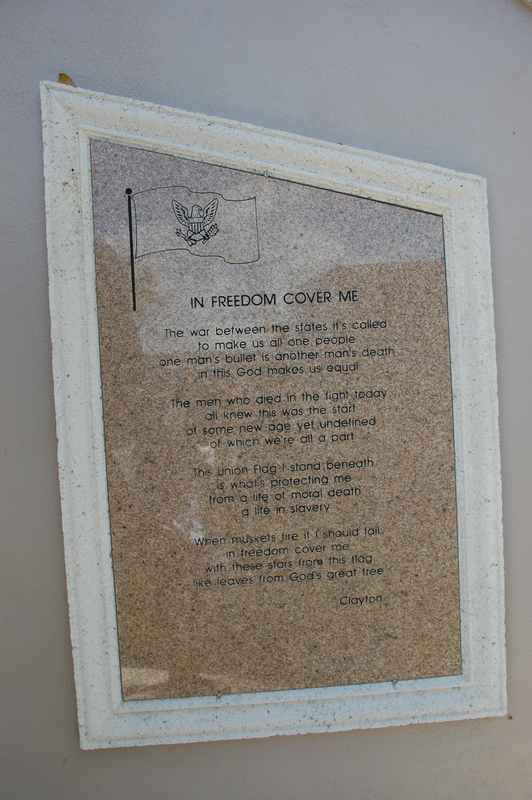 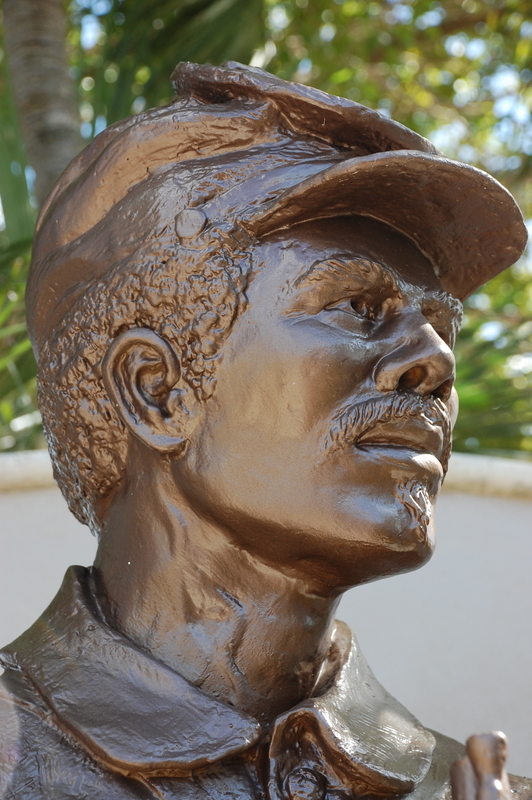 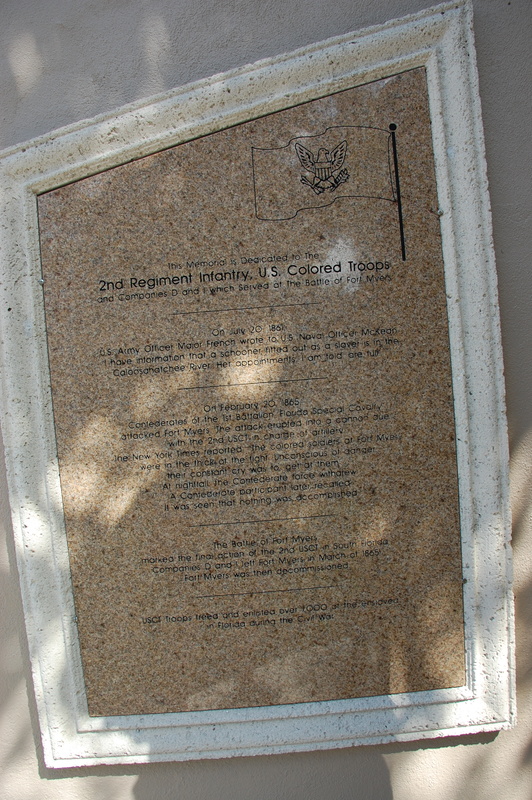 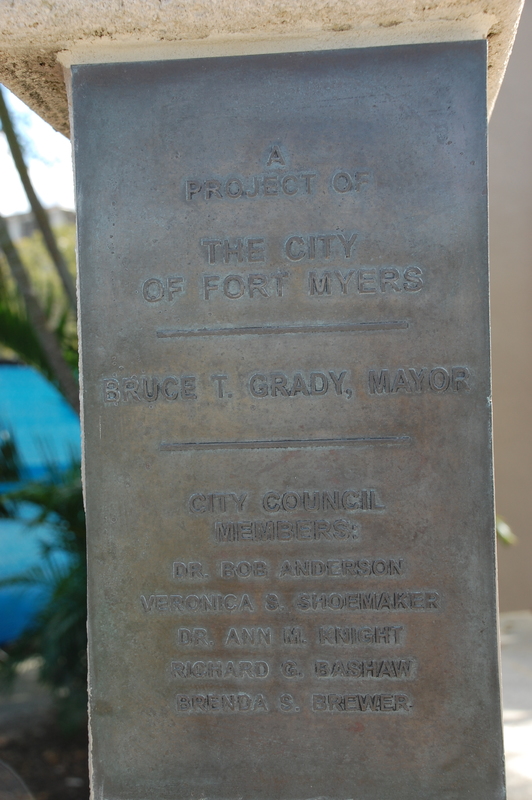 The over life-sized work depicts a sergeant in the United States Colored Troops 2nd Regiment standing infront of an open gate within a wall. The soldier is framed by two granite plaques mounted on each wall. The plaque on the left is a description of the imporatnt contribution of the 2nd Regiment during the Civil War. The plaque on the right contains a poem, written by Wilkins.

The City of Fort Myers

"This Memorial is Dedicated to The 2nd Regiment Infantry, U.S. Colored Troops and Companies D and I which Served at The Battle of Fort Myers.

On July 20, 1861,U.S. Army Officer Major French wrote to U.S. Naval Officer McKean, "I have information that a schooner fitted out as a slaver is in the Caloosahatchee River. Her appointments, I am told, are full...."

On February 20, 1865, Confederates of the 1st Battalion, Florida Special Cavalry attacked Fort Myers. The attack erupted into a cannon duel with the 2nd USCT in charge of artillery. The New York Times reported: "The colored soldiers [at Fort Myers] were in the thick of the fight. Unconscious of danger,their constant cry was to 'get at them'...." At nightfall, the Confederate force withdrew. A Confederate participant later recalled: "It was seen that nothing was accomplished."

The Battle of Fort Myers marked the final action of the 2nd USCT in South Florida. Companies D and I left Fort Myers in March of 1865. Fort Myers was then decommissioned.

USCT Troops freed and enlisted over 1,000 of the enslaved in Florida during the Civil War."

"In Freedom Cover Me