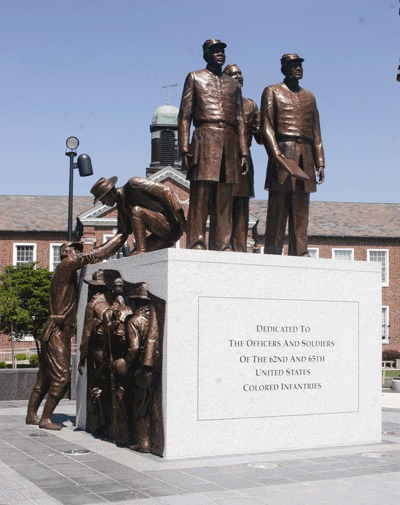 The monument depicts the members of the 62nd and 65th United States Colored Infantry who, in 1866, founded Lincoln University in Jefferson City, MO. The work includes two soldiers and Capt. Foster, their white commander, who all are shown atop a pedestal. Another soldier, placed behind the main sculptural group, assists other soldiers as they ascend the pedestal. On the base of the pedestal is a bas relief group of soldiers.

"Dedicated to the Officers and Soldiers of the 62nd and 65th United States Colored Infantries."