Truths that Rise from the Roots Remembered (Alexandria, VA) 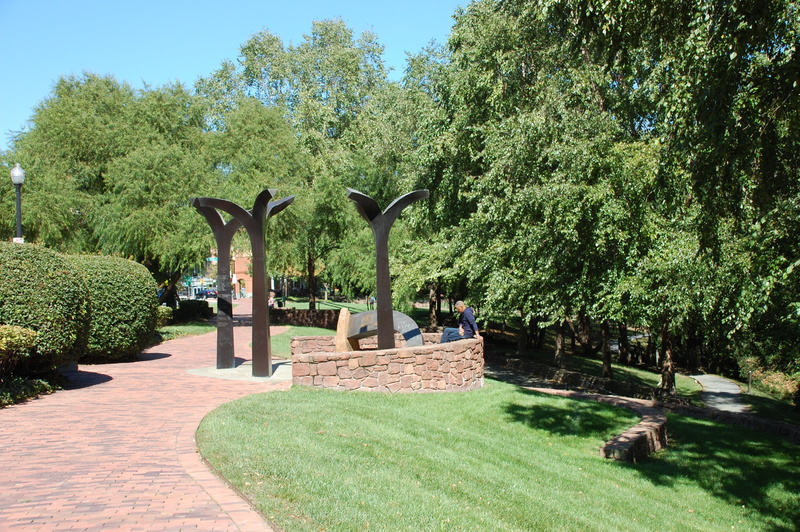 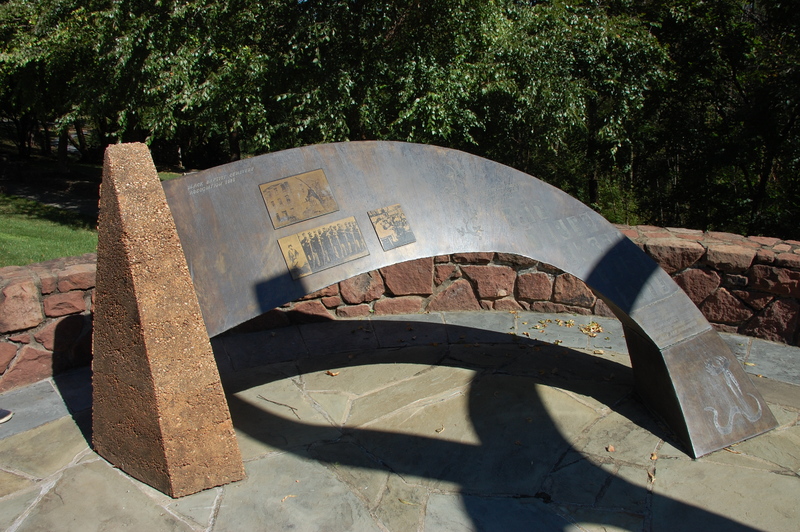 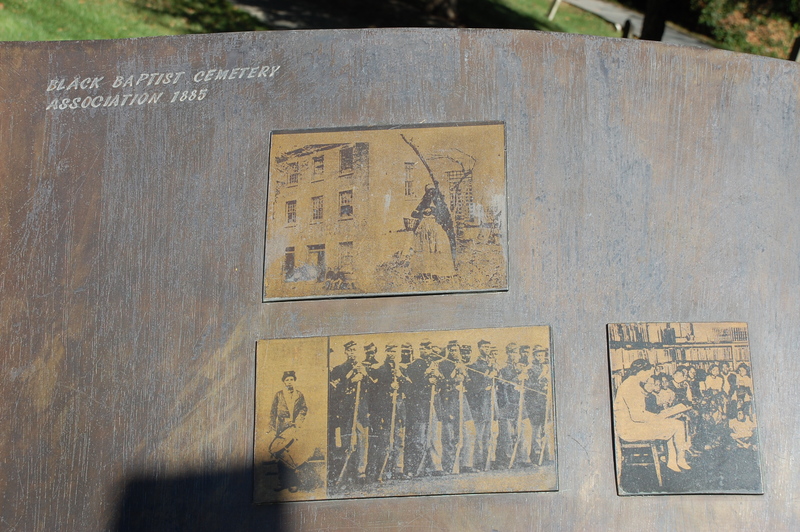 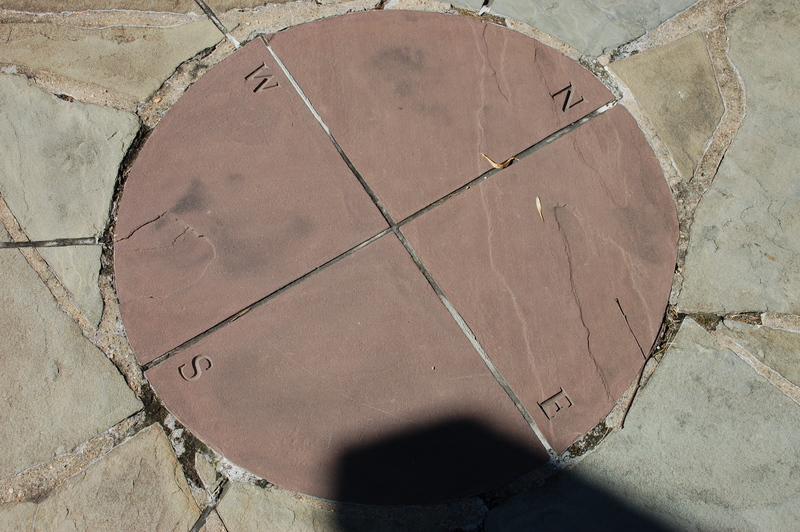 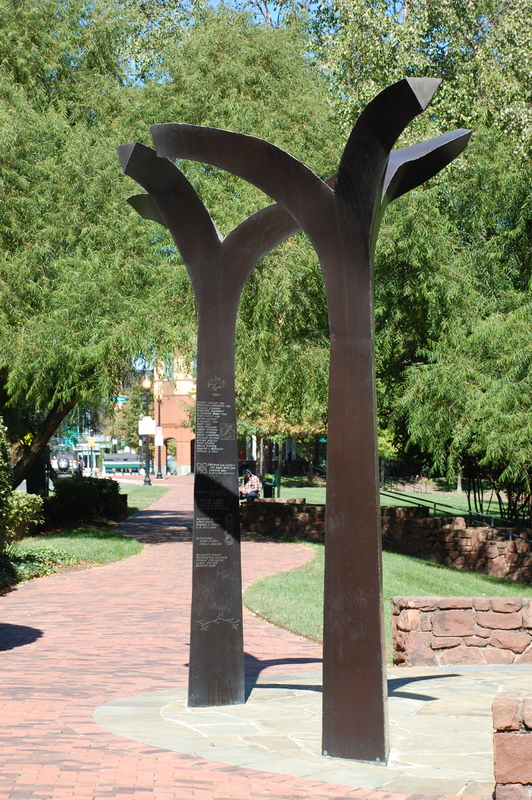 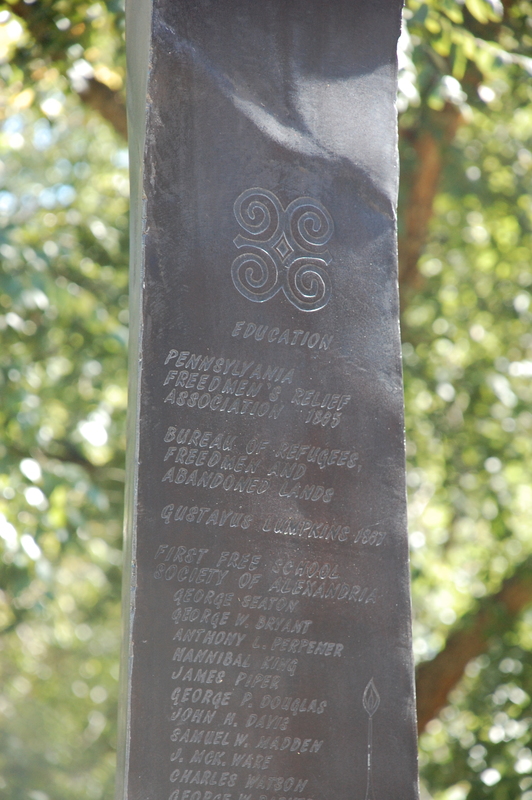 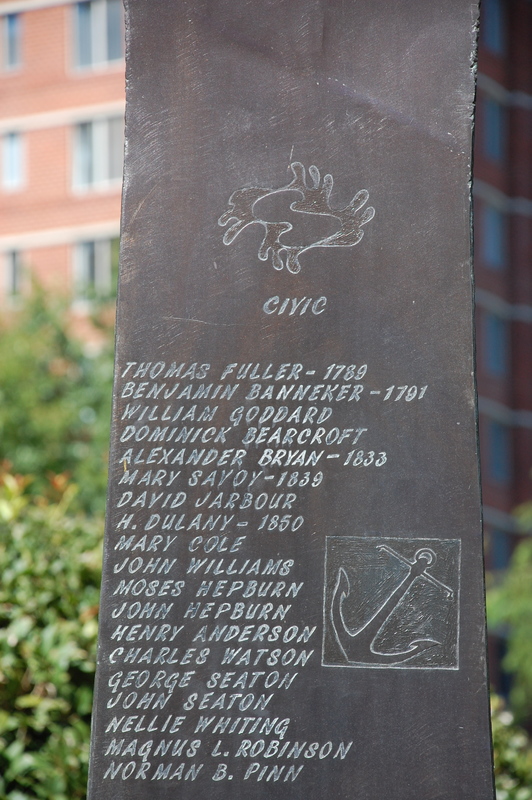 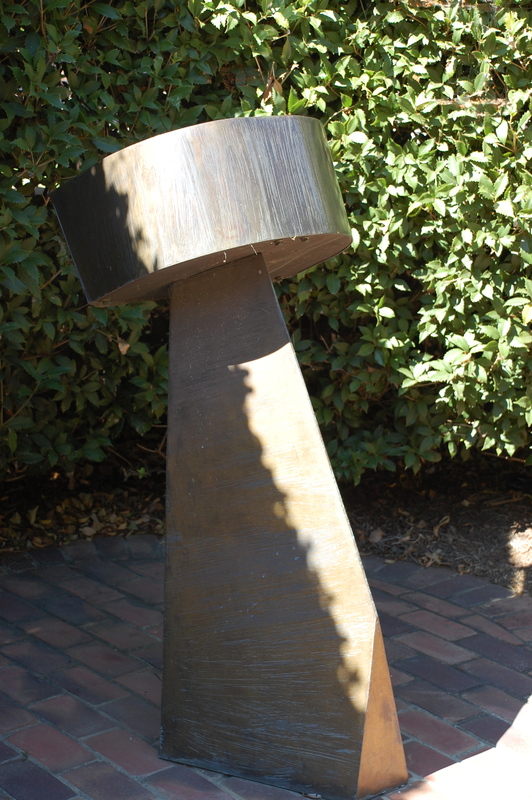 Truths that Rise from the Roots Remembered (Alexandria, VA)

Truths that Rise from the Roots Remembered is located in the Alexandria African American Heritage Park. The memorial includes a group of three stylized bronze trees whose surfaces are etched with names, historical information, and photographs of the African American community in Alexandria; a commemorative grave mound sculpture with limestone supports; and a bronze bookstand. The trees and mound are contained within a circle surrounded by gray flag stone and a semi-circular brick wall. Embedded in the gray flagstone is a red limestone circle, marked with the compass points.

Plaque at the entrance to the Alexandria African American Heritage Park (left):
From the establishment of Alexandria in 1749 to the present time, African Americans have been a vibrant part of this city’s history. The City of Alexandria would not exist in its present form were it not for the economic, social, and cultural contributions of African Americans both slave and free. As Alexandria developed in the 19th century, African Americans began to establish enclaves with distinctive names and characteristics. Many of these areas such as: The Berg, The Bottoms, Cross Canal, Hayti, The Hump, Sunnyside, and Uptown survive today and retain historical significance for African Americans currently living in Alexandria. From these original African American neighborhoods, a sense of community developed, which led to the creation of churches, schools, civic and social organizations. these memorial sculptures in this park highlight people and institutions important to Alexandria’s African American heritage.

The land for this memorial is of special significance. In 1885 this parcel of land was purchased by the Black Baptist Cemetery Association and a number of gravesites remain here. Hooff’s Run, which runs through this site provided access to the Potomac River and the town of Alexandria for a variety of traders and retailers. By the middle of the 19th century, railroads provided a new transportation system. Established about 1851, the first railroad in this vicinity was the Orange and Alexandria which passed through this land on its way from the town center to more western parts of Virginia.

The Norfolk Southern Corporation has set aside this land as a memorial to recognize and celebrate and commemorate African American contributions to the Alexandria community. The Alexandria African American Heritage Park, a gift to the City from the Norfolk Southern Corporation, will contribute to the rich cultural heritage of Alexandria. The history and accomplishments of African American leaders will stimulate young people to develop esteem, hope, determination, and pride in themselves. The memorial park coexists with the original landscape of the cemetery and preserves the interesting and varied plant life on this site. The design creates an atmosphere suitable for nature walks or meditation.

Plaque at the entrance to Alexandria African American Heritage Park (right):
Truths That Rise From The Roots — Remembered

We bury more than our bodies at rest
Deep within the forgiving soil
We bury as well our
Our dreams, our legends, our revelry, our toil
Here is where we enshrine our wisdom
To be joined with that of our yesteryears
And here is where our tomorrows are planted
As lessons learned against future fears

The artistic works incorporated into this Memorial/Park offer a symbolic testament to the efforts and accomplishments of a great many local individuals, institutions and organizations both past and present. The names and images etched upon these forms, as an acknowledgment of but some of those who have ’passed this way before’, represent the foundation, the builders, the source and substance of this historic and vibrant community. As a context in which history and art are joined this public-art setting serves as a cultural marker — a communal space in which the sons and daughters of the here and now celebrate and honor the heroes of their past.

From the past they speak, in varied voice and familiar faces

Etching on the tree nearest to commemorative grave mound, left side:
Education

Tabernacle of God and Saints of Christ 1921

Meadows, Jerome, 1951-, “Truths that Rise from the Roots Remembered (Alexandria, VA),” Contemporary Monuments to the Slave Past, accessed January 28, 2021, https://www.slaverymonuments.org/items/show/1183.